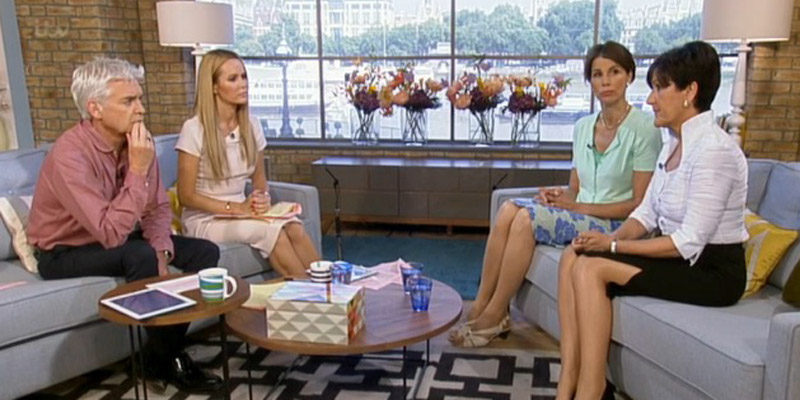 Marilyn Stowe is senior partner at Stowe Family Law, and one of Britain’s best known divorce lawyers with clients throughout the country, in Europe, the Far East and the USA. With more than 30 years’ of experience handling divorce cases and family law proceedings, Marilyn is highly skilled at uncovering attempts to disguise wealth and hide assets, ensuring everything is taken into consideration in reaching a settlement. She appears frequently on live television broadcast worldwide for the BBC and Sky TV, and is also known for her live ‘Divorce Clinic’ on ITV’s This Morning.

When I was starting out I decided that I didn’t want to leave Leeds. I had gone to work in Le Mans in France as a law lecturer for a year, and I enjoyed it, but I was quite homesick to go back to home. At that time women generally weren’t going into law. It’s obviously very different now, but one of the attractions of being in Leeds was that I knew the area, I was comfortable at home and I’ve got a thing about Yorkshire, so I decided that I would do a training contract in Leeds, where I got a very general level of experience. I enjoyed doing family law.

I was one of the first women lawyers who helped out with legal aid and domestic violence cases particularly, and as I developed my career and got more experience I graduated from dealing with legal aid cases, where you could go to court in those days and have somebody removed from their home without them even being at court, or knowing about it.

So I moved on from those cases to much more complicated cases, big money cases, more national work, international work and dealing with some very well-known figures, so it was a gradual evolution.

The best advice I received: “Look like a lawyer!” 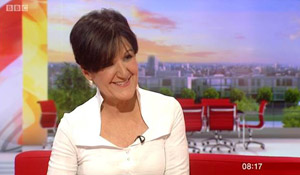 The best advice I received was: “Look like a lawyer!” I owe this to Rita Britton who ran Pollyanna in Barnsley very successfully for years. She was a trailblazer and I went to see her and she told me to get my hair cut, dress more sharply, do away with the Laura Ashley-type things I used to wear.

I took her advice and I’ve never looked back. Now I’m obviously more mature so it doesn’t really matter what I wear to work, but it does matter if you’re a younger lawyer trying to make a mark and for example lots of long hair flying free or pretty, pretty dresses and blouses and things. The idea of being a lawyer is not to look nice. The idea of being a lawyer is to look like one, dress like one, think like one, act like one. What you do in your private life is a completely different thing.

I firmly do believe that women have a great part to play in law, and particularly in family law because I found that women clients and men clients actually, preferred being advised by a woman. A man might prefer it from a tactical perspective, thinking that it might stand him in better stead in court, but women sometimes find it easier to talk to a woman, and that was certainly my experience when I began. I think it’s a bit different now.

I was looking at the stats for the firm and I would say just under 70% of our lawyers are women, and of course we have problems because some of them are mums, and some of them have babies. Every year I can guarantee several of the lawyers will tell me that they’re expecting, and we have to make arrangements, but I’ve never needed to take on purely lawyers purely for maternity cover. We’ve taken other lawyers on and we’ve expanded, and we’ve kept them on, even though the returners have all come back to work. 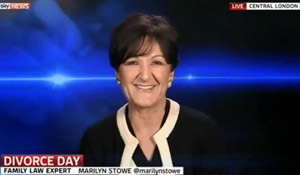 We have a firm where people stay because I think we attract very good quality work. We have a very strong ethos in the firm of genuinely caring, and we get results. We really do get good results.

The other thing is, we settle. We’re not the type of, “Well, let’s go straight into court,” kind of firm. We go to court when we need to go to court. A judge actually paid me a very good compliment in London, and he said that my own reputation in the law is that I’m tough, and I don’t stand for any nonsense, but I’m also fair and I’ll make a deal. I think that’s a fantastic reputation to have.

Expanding the business from Yorkshire into the North West, London and now Hertfordshire

We’ve been successful in Harrogate – it has always worked very well for us, as has St Albans. We appeal to mid-range clients – people who haven’t got a lot of money to spend on lawyers, but who do need good advice, and so the area’s where we’re expanding into are areas where that type of client will live. Our next office is Winchester, which is opening in January, and we’ve got a sort of a hit-list if you like of 20 more locations.

I’ve moved into managing the firm. Obviously I’ve had to do that. I’m enjoying it very much. I came from a commercial background and I’m now managing the firm as a business, as well as a law firm. It’s a great change for me and I’m really enjoying it. I’m still seeing clients, but I don’t run a caseload. I’m in the background with clients and with the lawyers. I’ve got a very good admin team and we seem to be working in harmony, which is very nice. It works really well.

I’ve been in practice during two recessions now. The first was when I was much younger and I was a working mum, a part time lawyer because my family came first.

I think in any recession there’s a downturn of work and I don’t think any solicitor’s firm escapes, but in this recession, I just took it as a challenge. I did not want to lay anyone off and in fact what happened was that we turned to the middle market much more than we were, and we’ve expanded through the recession. We took a real grip and we expanded through it. In fact most of our offices opened during the recession, including central London.

Whatever we did seemed to appeal to the public and it worked and I think the reason for this is that I’ve got a very commercial view of what works and rather than being stuck in the mould of a traditional law firm, I regarded it much more as a kind of shop, dealing with one product – obviously different areas and how best to market it, and how best to do what the public wanted. I think we got it right.

How cuts in legal aid have affected access to justice 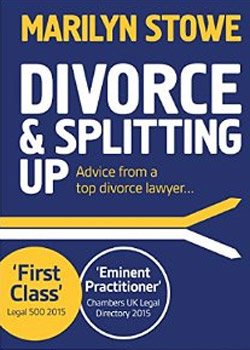 I don’t think there’s any doubt at all that access to justice has been absolutely decimated by the cuts to legal aid. So what I did (I don’t do legal aid, we are not a legal aid firm) but I wrote a book that’s got 275 pages about how to deal with family breakdown. The firm paid the cost of doing it, and we’ve offered it for 99p and we’ve sold 8,500 copies. It’s a best seller and all the proceeds have gone to the Children’s Society, really to help kids in Care, and it’s my contribution if you like to helping people who haven’t got a clue what to do, where to start, where to look.

We also have always run a free legal clinic and a high percentage of people who visit that clinic can’t afford to pay a lawyer. We are genuinely doing something to help people who can’t afford it. We do some work pro bono. We obviously can’t do masses of pro bono work because we don’t have the gearing to do it, but we do what we can.

I don’t think it’s a matter for us to do that alone – it’s the Government that have decimated the justice system and they have made it so much harder for people to get access to justice. There’s no question – there are more miscarriages of justice because people can’t always get to see lawyers when the need to. It’s terrible. There’s no other way of describing it.

The other thing I do is I have a blog and it currently getting 55,000 views per month. Again a lot of people access the blog and ask questions on the blog because they’ve got nowhere else to turn. We try and keep people as informed as we possibly can. I’m fully aware of obligations to people, but there’s a limit as to what one firm can do.

As you get more experienced obviously you know what you should say and what you shouldn’t say to the media. The first thing that I would say is you’ve got to have a strong message. You’ve got to truly believe in what you say and be prepared to argue it, irrespective of other people who may not agree with you. 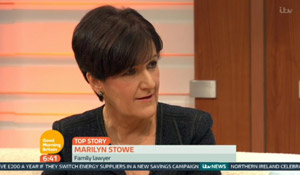 You’ve got to treat the media with great respect, because they will suss you out if you’re a fraud (I don’t mean ‘fraud’ in terms of criminal) but if you are simply seeking publicity, they know the difference between people who genuinely have a comment to make and people who are just publicity seekers, and they’ll make a fool of people like that. They’ll hang them out to dry.

So my own view would be that unless you have a serious contribution to make, don’t do it, and treat the media with great respect. Don’t think they’re fools because they certainly aren’t.

Coming up for the business

Overall, what I do like doing is running a business. I very much enjoy it. I think that where lawyers go wrong is not treating their firm as a business, and also allowing too many cooks to spoil the broth. If you’ve got too many people putting in their own views it might not work. You need strong, independent, tough management at the top, whether you’re a man or woman it doesn’t matter.