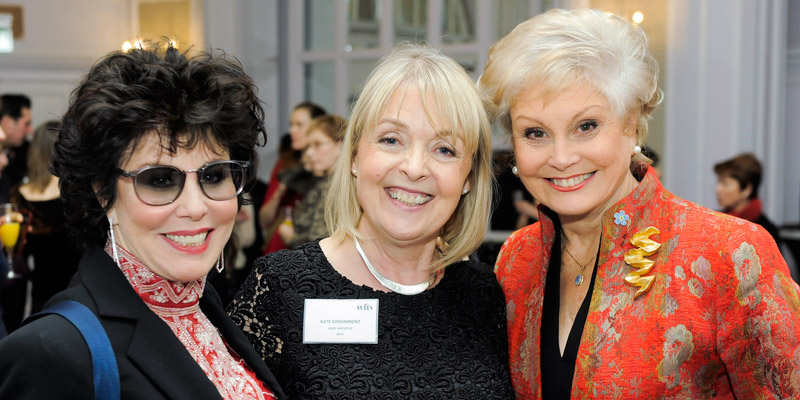 Kate Kinninmont MBE is the Chief Executive of Women in Film and Television (UK), the largest membership organisation for women in the UK industry. Previously, she was an award-winning TV producer and director for almost 30 years, and today she is a member of BAFTA, NUJ, Women in Journalism, the Royal Television Society, Directors UK, and is a Fellow of the Royal Society of Arts. In 2014, she was made an Honorary Associate of the London Film School, alongside Ralph Fiennes and the Hollywood director Richard Linklater and in the same year she was awarded an MBE for services to women in film and television in the Queen’s New Year Honours List.

“…when Anna Serner became the new CEO of the Swedish Film Institute, she told her staff to divide the film fund equally between men and women filmmakers. There was total outrage in the industry at such a bold move, but within three years, women were not only making half the films, they were winning more than two thirds of the awards…”

Getting started in broadcasting

My first career after university was in adult education in the 1970s when I ran courses such as You and the Law and New Opportunities for Women. This was after the 1970 Equal Pay Act which we believed would ensure equality in the workplace for all. My work in education often involved me in being interviewed on BBC Radio on a whole variety of subjects; sometimes I’d bring in expert speakers and we’d have a discussion. Then one day the Head of BBC Radio Features asked me if I’d come and work as a researcher on a new radio discussion show. I loved it from the very beginning!

Before too long I became a radio producer then I applied for a job on a brand new BBC2 magazine show for women. Within a couple of years I was making short films about health and social issues, then I was sent on a terrific multi camera directing course and landed a job directing the popular Sunday evening Animals’ Roadshow with Desmond Morris. The BBC was a wonderful organisation to work for in many ways: the training was world class and the opportunities for working on a wide variety of programming was second to none.

Joining Women in Film and Television

Then we had a family move to London and I became freelance. Suddenly I had no industry network, jobs were rarely advertised and it was hard as an individual to get in to see commissioners. That’s when I joined Women in Film and Television.

WFTV provided peer group networking, informative industry events, and opportunities to meet commissioners and find out what they were looking for. I became more and more involved, joining committees, running events, chairing the Board and eventually (20 years later!) becoming Chief Executive.

WFTV is an unfunded, not-for-profit company and as Chief Executive I’m responsible for liaising with our Board of Directors, running the business, raising money and budgeting how we spend it. I started in 2008 with just one assistant but now have a terrific team of three full time staff and two part time consultants, without whom we couldn’t sustain all the great stuff that we do.

We run our hugely popular Annual Awards Lunch for 1,000 industry guests, we produce a packed programme of screenings and networking events all year round, and we are hugely proud of our highly successful mentoring scheme for mid-career women. We produce a weekly e-newsletter which goes out to 5k subscribers, and we have 35k Twitter followers.

A large part of my job involves speaking at industry events and conferences, both here and abroad, writing articles, publicising our work and lobbying government and industry bodies to improve the situation for women in our industry.

In 2010, the Equality Act was passed to legally protect people from discrimination in the workplace and in wider society. Yet today we still have a gender pay gap in our industry. Women are more than 50% of the population, (and more than 50% of the audience), yet many roles in film and television remain dominated by men – including writing, composing and, above all directing. Around 90% of all drama, for example, is directed by men. And on our screens, there are twice as many jobs for male actors as for females – the figures are the same even in news and factual programmes.

The situation is even worse for Black And Minority Ethnic women (and, in fairness BAME men too). Our approach has 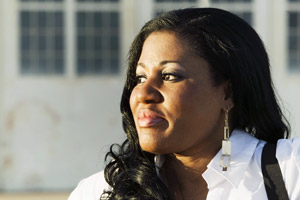 been to access the facts and publicise them: often, broadcasters are shocked to be confronted with figures revealing just how bad things are. In addition, we celebrate women of achievement, highlighting them as role models. We’re making some progress, but nothing like enough. The broadcasters have now demonstrated a desire for change, and several are setting up new initiatives and announcing targets, but we still have a long way to go.

A way forward by thinking differently?

Other countries have tried different methods. In Sweden, when Anna Serner became the new CEO of the Swedish Film Institute, she told her staff to divide the film fund equally between men and women filmmakers. There was total outrage in the industry at such a bold move, but within three years, women were not only making half the films, they were winning more than two thirds of the awards.

The best advice I’ve had in my career is “Just do it!”. We can find lots of reasons for not taking action, and we can let opportunities pass which may not come back again. In the largely freelance world of film and TV, you also need to have masses of resilience. This is a tough business regardless of gender and you have to fight for what you want. It takes talent, industry and incredible determination – and it’s never easy. My job is to try to ensure that women have an equal chance.

This year I’m developing three new initiatives: a Film Fund for women, a new media training course for women experts, and a short film competition where the winners will have their work broadcast on TV.

I love the variety I my work. In January I made a speech at the Oxford Union, last week I spoke at a European Broadcast Union event for women executives and this weekend, I’ll be moderating a conference called “Where are the Women Directors?” at the Berlin Film Festival. I’m 66 years old and I have a wonderful job!