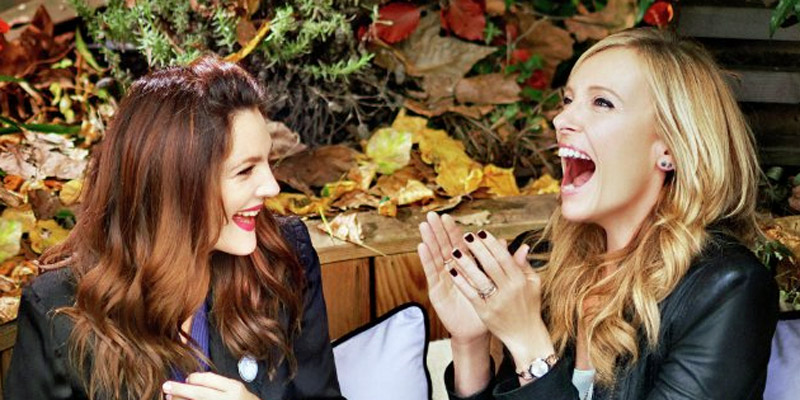 Lisa Lambert is an executive producer and film financier, running Footprint 51. Lisa started her career in financial services consulting for Accenture before making a career change and learning about film production. She went on to set up her own boutique film company specialising in finance, with her most recent credit, Miss You Already, starring Drew Barrymore and Toni Collette, having been written, directed and financed by women.

“…My business partner … and I have been in meetings amongst all-male financiers who have always worked in a very male led financial services environment, and they say to us: “So, who decides which films you’re going to invest in?” and we say, “Well, we are.” “Yes, but who decides that what you do is the right thing?” Basically, what they’re asking is: “Where is the man on the org chart?”…”

Making a career change from financial services consulting to film

I started at Andersen Consulting as was (now Accenture) in ’91 and I worked primarily within financial services. I worked with companies like JP Morgan in New York, The Prudential, Marsh & McLennan and other very large financial institutions, but in 2002 I decided I wanted a career change. Having done 60-hour weeks and constant travel for 11 or 12 years, I was ready for a change!

I went out to LA because I still had a lot of friends out there from my Berkeley days. So I started asking people questions about film as it’s an area where I’ve always had an interest. Film is one of the few mediums that you sit in front of for two to three hours and don’t move, don’t speak, and just absorb.

I went out to Los Angeles, and literally on the day I resigned from Accenture, I got an email from one of the guys that I’d met who was writing and directing a film called The Job. It starred Daryl Hannah (Kill Bill), Brad Renfro (the kid from The Client) and Dominique Swaine (the girl in ‘Lolita’). It was a relatively low budget film, but it was going to happen, so he invited me to fly out and work on the set out there. It was a great experience as I got to see key parts of the process – development, pre-production, production and post-production first hand.

I worked for a production company out in LA, and after that film, they asked me to go back and work on a second feature film, shooting at the Disney Ranch in LA called The Hollow. This one starred Stacey Keach (Sin City, Bourne), Judge Reinhold (Beverly Hills Cop), and Nick Carter from the Backstreet Boys! It also had Kaley Cuoco, who’s now in The Big Bang Theory. It was a kind of teenage remake of the Johnny Depp film Sleepy Hollow.

Returning to London and setting up my own film fund

They asked me to go back for the third film, but I’d decided at that point that I probably wasn’t going to work purely in production any longer, so I came back to London and set up my own film fund with the contacts I’d made from financial markets when I was a consultant.

I set up a company called Footprint Investment LLP in 2005 and we financed films in the senior lending space – so we were effectively operating as the bank (last money in, first money out.) We financed a number of projects during that period, investing in films with a combined budget of $75m starring the likes of Adrian Brody, Christian Slater, Sam Neil and then in 2010 I went on maternity leave.

Film projects my company has worked on 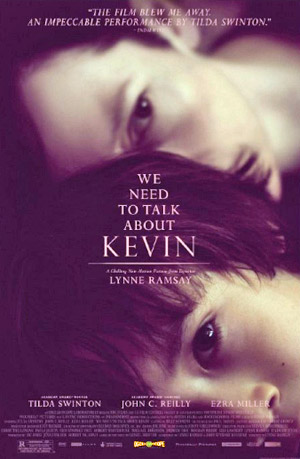 Talk About Kevin, based on the bestselling book, written by Lionel Schriver, directed by Lynne Ramsay and starring Tilda Swindon – not really the perkiest film around, but it did very well!

It was voted Best Film Of The Year in 2011 by Mark Kermode, won the Best Director at the British Independent Film Awards, and nominated for BAFTA, Golden Globe and Screen Actors Guild Awards plus the Palme D’Or at the Cannes Film Festival, so we did the red carpet! That film made an excellent return.

In 2012 I went off on maternity leave again, and then I came back in 2013. Since then I’ve been doing a lot of consulting work. I’ve set up a number of seed enterprise investment schemes, raising £150k per scheme, which then helps to get scripts written and into production.

I’m now one of the producers working on a film which is hopefully going to be one of the first UK / Chinese co-productions, an interesting one in which to be involved.

In 2015 I executive produced a film called Miss You Already, (three days of the shoot for this were up in Yorkshire!), starring Drew Barrymore and Toni Collette – a female friendship story. The great thing about that was it was written by a woman, called Morwenna Banks, who is fantastic. (She’s also the voice of Mummy Pig of Peppa Pig fame, which has now gone global!) This was her first script which became a feature film and she was nominated for an Evening Standard award for it.

It’s a film about women, written by a woman, directed by a woman (Catherine Hardwicke, who directed the first Twilight), and effectively financed by women – the investment group who financed it is run by a woman too!

Being a woman trying to raise film finance

Film has a reputation for being a lot of smoke and mirrors – it’s quite a black art, people really don’t understand how it works. I also think that scaling is difficult, and quite frankly, being women trying to raise finance also has its challenges.

My business partner since 2014, Anne Sheehan, and I have been in meetings amongst all-male financiers who have always worked in a very male led financial services environment, and they say to us: “So, who decides which films you’re going to invest in?” and we say, “Well, we are.” “Yes, but who decides that what you do is the right thing?” Basically, what they’re asking is: “Where is the man on the org chart?”

We’ve genuinely had that question despite the fact that, between us, we’ve got an extensive filmography (Anne’s been in the business for 20 years), so we doubt two men in the same situation would be asked that question. So there are challenges, certainly in terms of finance-raising, and we’ve had that dilemma about whether to bring a guy on board, just to have the ‘suit’ there!

I think we’re all fairly toughened to that. Sadly it’s still around, but hopefully that’s changing..? I don’t know. Hopefully… 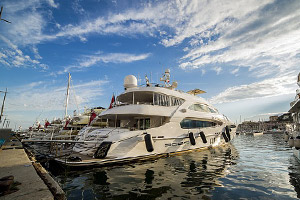 There’s definitely a real appetite from some of the wealthier types who’ve got several properties, and they’ve got their yacht who have found that money alone doesn’t buy you access to celebrity, not in the film world. So you can’t just rock up at Cannes and walk onto a boat and meet actors because you’re rich, but if you’re a film investor and you’ve got your name on the credit, it gives you a different kind of access.

Then you have people that want to do it as an alternative investment. They’re not really interested in the glitz. They just want a good, solid return, and they’re diversifying their portfolio. They’ll have property, they’ll have art, they’ll have wine, and film is just another facet in their asset portfolio.

Both are fine, and we should be appealing to both of them, so if you invest in film and just want a return, you’ve got the opportunity to have the glitz, but the return is really fundamental, and for us and the way we operate, it’s very much about the investor making money. The rest is icing. We’re very much about making sure the investor we have the direct relationship with is taken care of.

Film has traditionally been financed in a very binary way – the senior investors are motivated to get a return and get out of the investment as quickly as possible; the equity investors have a longer term view yet by the time they are recouping, much if not all of the film has already been sold.

We are looking to disrupt the way films are financed to provide more of a ‘blended’ finance to producers and allowing investors to be more in control of how the film is exploited. For example, the sales agent takes a specific amount of fees and expenses (and then often some more), the distributors can take a relatively big distribution fee, and expenses, and the investors will sit behind this to recoup their investment.

What we’re looking at is doing deals that don’t have to only rigidly follow those traditional components as the development and production of very high quality film projects are being controlled and financed by us, and this can potentially give us stronger discussion at the negotiation table.

Companies like Netflix and Amazon have come into the space and are absolutely disrupting traditional distribution processes and business. So they can often wait until films are finished, and then come to the film festivals and offer amounts of money that traditional distributors just can’t compete with now.

Attracting more filmmakers to the UK

We do get a lot of big productions coming to the UK. You’ll get the James Bonds, and the Harry Potters and the Star Wars, which is great for the studio stuff. I think the tax credits have helped independent film making, but I think the independent film space remains a tricky one.

Being able to make films in the UK, and have them make money and be cost effective is still a challenge. It really is all about the quality of the script and the ability of the filmmakers to convert that into a great cinematic experience. Yet films that consistently make the awards – BAFTAs, Oscars, Golden Globes – are the high quality independent films. The King’s Speech, The Theory of Everything, Brooklyn … all made by independent film makers. So there really is an opportunity in this space. 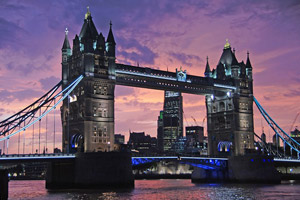 The tax schemes that got all the bad press (where we had celebrities strewn across the front pages), don’t really exist today – the tax tail is no longer wagging the film dog anymore. And this has potentially had a positive impact on the quality of films that get made.

Seeking out films with a female element

I’m looking to work with great people (and especially great women) this year. I think there is a ‘female voice’ now. It was interesting with Miss You Already how in the script, the banter between Toni Collette’s and Drew Barrymore’s characters, I thought, was a language that we have heard in conversations but not necessarily in film.

Some of the more ‘mature’ men who I spoke with after various screenings just didn’t get the fact that they were talking about breast cancer, and yet they were joking and laughing, bantering about something in quite ‘edgy’ ways. I think that’s how women can talk and yet we don’t often see it reflected in mainstream films.

In the US films like Bridesmaids and Spy feature this female language and humour that’s not as pristine as it used to be! It’s quite edgy, real and gritty. I’m not only going to do films about women’s stories, but I will decide to finance or get involved with film projects that have some female element – whether it be a female story, a female narrative, strong female characters.

I don’t think I’m going to be interested in films that only show one side of things, or where women only feature to discuss a man or makeup or wear a bikini, because we’ve had those for so long. It is time to disrupt that too.