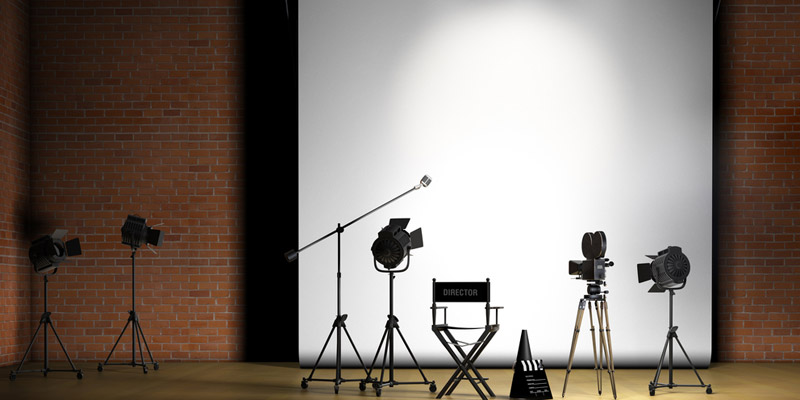 Sarah Lazarides is a senior associate at Harbottle & Lewis LLP. She advises clients in the creative industries on all aspects of rights exploitation, development, production, financing and distribution and acts for a wide range of clients, including producers, US studios, distributors, rights holders and talent. Her clients include Marv Films (the makers of Kick Ass and Kingsman), Carnival Film & Television (the producers of Downton Abbey) and Working Title, and recent experience includes work on Bridge of Spies for DreamWorks and acting as production counsel on Snow White and the Huntsman for Universal Pictures.

“…On a typical day I might draft the necessary agreements to acquire film rights in a well-known book, meet with a client to go over their plans to finance their film or put together a complex structure for an international co-production which needs to achieve various tax incentives…”

Sarah, please can you tell us about your career to date and what got you interested in working as a lawyer in film and entertainment?

I was one of the lucky few who stumbled into entertainment law entirely by accident. After studying law at University College London I was disenchanted by the offerings of life in a City law firm and started to think about other options.

I love film and have always wanted to work in the industry so I was flicking through a media-focused careers magazine when I saw an advert for training contracts at Harbottle & Lewis. Until then I didn’t even know there was such a thing as a film lawyer! I trained at Harbottles and have been here ever since.

Please can to talk us through the types of work you do on a day to day basis and the sorts of clients you represent?

I work mostly for the US studios and UK independent film producers, although I also represent distributors, financiers, writers, actors and directors. On a typical day I might draft the necessary agreements to acquire film rights in a well-known book, meet with a client to go over their plans to finance their film or put together a complex structure for an international co-production which needs to achieve various tax incentives.

I normally have two or three films in production at any one time so I will also be primed to handle any number of weird and wonderful production issues which may come up. On a recent film we had to negotiate and agree location contracts for a whole street of houses within a few hours after the director decided to change a shooting location at the last minute.

My day usually ends with a catch-up with my Los Angeles based clients, or a strong coffee and a difficult negotiation with a Hollywood agent regarding an actor or director contract.

What are the most common challenges your clients are faced with?

Work in the entertainment industry is always challenging – we might help a producer who wants to remake an old film but cannot find the owner, or one that has raised the majority of finance for their film but is struggling to close the gap.

One big challenge for our studio and producer clients in recent years has been to find studio space for their films. Although the UK has excellent studio facilities there are not that many of them and studio space can get booked up months, or even years, in advance.

How is film work different from TV and theatre?

Traditionally film work was always very different from work for television and theatre clients. The budgets were bigger, the finance models were distinct and things like rights acquisitions were handed in a completely different way. For example, in film it is normal to acquire all rights in a screenplay from the writer so that they could exploit that screenplay in a variety of different mediums, whereas in theatre the writer would normally only grant a licence to the producer for a particular show, with limited options for future stage productions.

Over the last few years we have seen increasing convergence between these areas. Many films are being made into hugely successful stage shows and that has led film producers, particularly the studios, to look at their involvement in theatre in a completely different way.

Equally the success of the National Theatre Live programme and similar projects have meant that theatre producers are far more interested in recording their shows and exploiting those recordings, and increased budgets for television means that many programmes are now more akin to film in terms of scale and the type of talent they attract. These changes have fundamentally affected our work, but our experience in all three areas has meant that we are quite uniquely placed to guide clients through a venture into a new part of the industry.

What is your favourite part of your role and what have been your career highlights so far?

The best part of my job is supporting a client through the film making process and then seeing the product of their hard work on the big screen – although I do tend to look out for clearance or other legal issues so my first viewing is not necessarily very relaxing! I also love helping new producers navigate their first production and seeing them go on to do great things for the UK film and television industry.

The legal sector is male dominated, as is the film industry. What are the greatest challenges women face and how are forward thinking employers breaking down stereotypes that have traditionally held women back?

I think the greatest challenge most women face is probably quite similar across law and film – juggling a demanding and time-intensive job with the demands of family life. I have such incredible respect for the amazing producers I work with who handle the budgets and schedules of major films, often working 15 hours a day six or seven days a week, and still manage to co-ordinate their families – it really is multi-tasking to the extreme!

In law, we are starting to see firms take a much more active interest in flexible working solutions, which is really positive.

What was the best career advice you’ve been given?

When I first started working as a lawyer I had a habit of underplaying my work when interacting with my superiors – for example by drawing their attention to wording that I wasn’t confident about.

This is something that I see again and again in my female assistants and I think it comes down to a desire to be liked and a concern about seeming arrogant. A female partner in my department noticed this and taught me how important it was, particularly in a male dominated industry like law, to back myself and project confidence in my work – without that attitude it was difficult for others to have confidence in me.

It was quite simple advice but it fundamentally changed my working style and I have passed it on to my assistants wherever I have seen the same habits.

Without giving away any secrets(!), what projects are you working on and what are you looking forward to over the coming months?

I’m a lawyer – I’m afraid I am always sworn to secrecy!