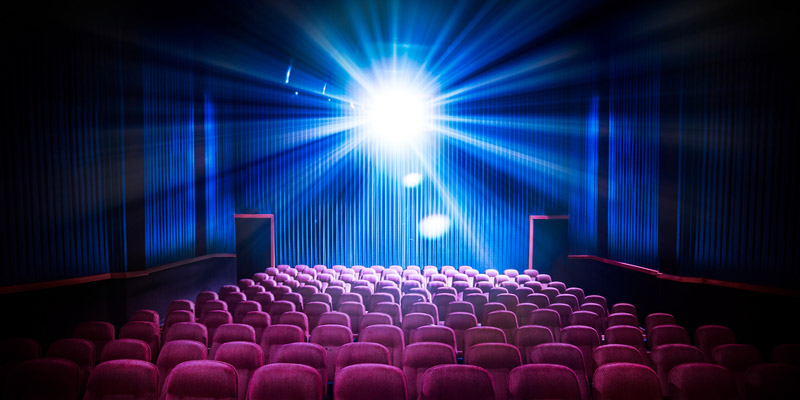 David Wilson is Director Bradford UNESCO City of Film, where he represents the city on an international level as part of the UNESCO Creative Cities Network. Using the UNESCO title, David and his team are working at many different levels to bring about positive social and economic impact for the people of Bradford, to ensure all are realising the benefits of its status as the world’s first UNESCO City of Film. David is an international ambassador for the city, regularly speaking and presents at film, business and community events on Bradford’s film heritage and the city’s approach as a creative city, in addition to writing about film and presenting review shows on TV and radio.

David, please can you briefly tell us about your career to date and how you got into film?

I worked as a professional musician for many years and still do. Over the past ten years I’ve worked to promote culture and the arts in my home town of Bradford and in 2011 I was appointed as Director of Bradford UNESCO City of Film. I have always been a film fan and can remember going to the cinema at a very young age in Bradford as part of the ABC Club. I think that there are definite transferable skills between the music industry and the screen industries.

Bradford is the first UNSECO City of Film. Please can you tell us more about UNESCO, how the city won this status and what this means in practice?

The UNESCO Creative Cities Network was formed to try to encourage cities to harness culture and creativity to drive social and economic change in urban centres and to share good practice across the seven different fields of: Literature; Music; Film; Design; Gastronomy; Craft & Folk Art and Media Arts.

When Bradford joined the network in 2009 we were the first City in the world to secure the designation as a City of Film and there were only 12 cities in the network. There are now 116 cities from 55 countries in the network and Bradford has been joined by Sydney, Busan, Galway, Sofia, Rome, Santos and Bitola as Cities of Film.

I’m proud to say that Bradford led the way and continues to be a driving force within the network. What it means in practice is that we are using film in a range of settings to improve literacy in our schools, develop further learning opportunities at the University of Bradford and Bradford College and also drive inward investment and tourism. Bradford and the wider district have been used in film and more recently TV productions for the past 120 years and we are very proud of the city’s rich and varied film heritage.

What are the statistics relating to diversity in film?

According to a report published in January 2016,

“…In 2015, women comprised 19% of all directors, writers, producers, executive producers, editors, and cinematographers working on the top 250 domestic grossing films. This represents an increase of 2 percentage points from last year and is even with the percentage achieved in 2001…”

In November 2015, Directors UK found that BAME directors are not only critically under-represented and under-employed in UK television as a whole, but that they are being given a far smaller proportion of directing opportunities in many key programming genres. This is not good for the sector. These kinds of statistics are everywhere.

I would also argue the point for more diversity when it comes to female voices critiquing film.

What is being done to help diversity and inclusion in the industry as a whole, and is it working?

There appear to be loads of initiatives around at the moment which have been established to genuinely try and address the issue of diversity, but it is still early days and there is a danger of some organisations paying lip service to this agenda instead of really grappling with it and trying to make a positive change.

I think the screen industries have been a little slow on the uptake compared to other sectors but there are a good deal of initiatives now in place across film and TV production to try and ensure that diversity across the board is a primary consideration.

The British Film Institute has made a real commitment to diversity across all areas of the process and the people and organisations they deal with including development, production, distribution, exhibition, programming, marketing and archiving.

It will still take a few more years for this policy to be truly effective. Bradford UNESCO City of Film supported the BFI Film Academy in Bradford and I only hope that schemes like that can continue in the future.

Other major broadcasters have also made commitments to developing a diverse workforce including Sky, Channel 4 and the BBC, though I feel that more could be done to address socio-economic diversity in particular. The DCMS [Department for Culture, Media and Sport] published a report in July 2015 about the on going success of the creative industries in UK. The sting in the tail was that approx. 92% of people working in the creative sector were from well-off backgrounds.

Film is all about representation because it is not happening in the present. Unless we have a diverse range of storytellers we are getting just one point of view. I think this is true of much of current day TV content. What we see on our screens does not represent many people who are viewing the content. There is a bias towards middle classes.

There are so many stories and interesting people which will never cut through because of the way the screen industries are structured. This is a real shame in 2016. I am particularly interested in the on going debate about the future of Channel 4 because this did offer some hope in terms of a more diverse voice back in the day. The working classes shouldn’t just be wheeled out on reality TV shows and almost have to beg for some kind of notoriety in talent shows. Soaps are not the answer and are an outdated model in my view.

The lack of BAME talent on and off screen has been well documented recently and as part of that I would like to ask where is the British Asian talent? To make the assumption (as some in the sector seem to do) that anyone of South Asian origin are making or trying to make Bollywood movies is just wrong and does nothing to strengthen Britain’s creative industries in a global market place.

The Northern Powerhouse and development of opportunities in the North is prominent on the Government agenda. How do we ensure that UK opportunities in film are not restricted to London and the South East?

Again, a massive challenge which we are a long way from achieving. Move Film 4 to Bradford and along with it the education arm of the BFI. That would be a start. Run it for a quarter of the current running costs and tap in to a massive diverse, young enthusiastic workforce.

As for any Northern Powerhouse, where is there any evidence of that in any sector, let alone the screen industries? I don’t see it and work on a daily basis with a range of partners locally, regionally, nationally and internationally.

Not too long ago you might have said that technology was a barrier. You needed to use an expensive edit suite in London etc., but that argument doesn’t wash these days. The work of organisations such as Bradford UNESCO City of Film and Screen Yorkshire are slowly winning hearts and minds but there is still a long way to go.

Creative industries could and should contribute to whatever the reality of a Northern Powerhouse is, but at the moment that is not apparent to me.

How can men in the film industry contribute to the debate and support female colleagues?

Everyone involved in the screen industries need to look at their current practices and assess if they are working as smart as they should be when it comes to diversity. As the sector is predominantly led by men, then often they are in positions to be able to make changes to allow a more diverse workforce to flourish.

There is really no excuse to hold onto old fashioned ideals. I work very closely with the University of Bradford on a number of film and TV related courses. I would say that the TV production course is possibly more than 50% female, which is really encouraging.

What is coming up next for you and your work?

We continue to support productions on a range of scales through the work of the Bradford Film Office right across the spectrum from Hollywood studios producing content like ‘Miss You Already’ to Bollywood Productions, high end TV dramas and factual programmes.

We are also working on a number of international collaborations to share what we have achieved so far in terms of film literacy and skills development in the sector with the other UNESCO film cities, which is hugely exciting. We will continue to campaign for more diversity in the screen industries and welcome anyone who wants to work with us on this.