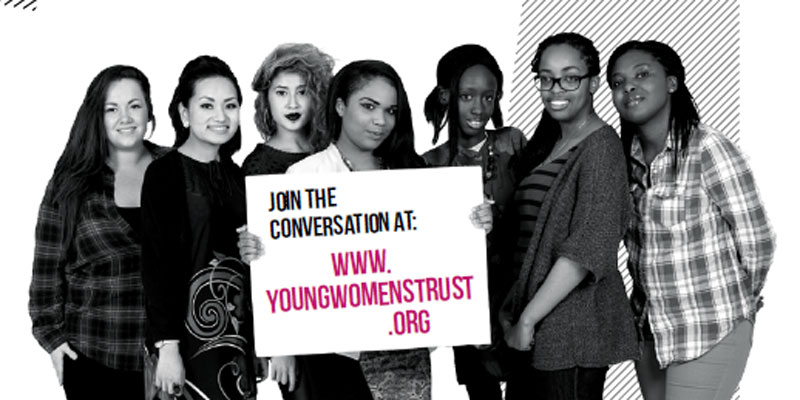 £2.6 billion is lost in productivity of female NEETs due to lack of employment / under employment

Young Women’s Trust Report – aiming to reduce the number of young women Not in Education, Employment or Training

In April Young Women’s Trust launched an inquiry into female NEETS aimed at reducing the number of young women who are Not in Education, Employment or Training and the impact upon them.

Young Women’s Trust wants to change the way politicians and commentators think and talk about NEETs, recognising that it is a bigger issue for young women than young men and is highly complex. This report represents the inquiry’s initial findings; a final report and recommendations will be published in the spring.

Hundreds of thousands of young women who want to work, but cannot do so because the advice, training and support they receive has them competing for a limited number of poorly paid jobs.

The report is based upon a ComRes poll commissioned by Young Women’s Trust, interviewing 859 English adults, aged 18-24, Not in Employment, Education or Training between the 10th and 28th July, plus ten focus groups involving 60 women (24 of those women were aged 25-40) in Barking, Blackburn, Blackpool, Manchester, Middlesbrough, Sunderland, Newcastle, Birmingham, Canterbury and central London. An online survey was also carried out by 90 women. The findings also include input from a panel of experts and a 30-member advisory panel of young women who have had experience of being NEET.

The report states that £2.6 billion is lost in productivity of female NEETs due to lack of employment / under employment.*Source – ACEVO, 2012.

Why female NEETs are stigmatised

The media tends to depict these young women as lazy or feckless, even claiming that they have had children to secure benefits. Among the women we spoke to, one (22, from London) said “Lazy, that’s what society thinks of us” and another (19, from Newcastle) said: “I feel that young people are judged automatically due to their age. The area I live in has quite a bad reputation and I feel that employers judge me by that before they look at my qualifications and experience.”

However, the young women we have spoken to are very clear that they want to work, undertake training or re-enter education but face challenges in doing so. We are concerned that young women are stigmatised because a lot of assumptions about them are based on ill-informed and outdated stereotypes rather than the reality of young women’s lives.

NEETs – part of where the gender pay gap starts

Much is made of women earning less later in their careers or there being fewer of them in management or the boardroom, but this begins the moment they leave school. The jobs young women are steered towards tend to pay less and offer little progression. And there are fewer of them in the first place. Our report also shows how women who have been NEET are at risk of ending up in jobs with no career prospects and reduced earnings; by the time she reaches 34 a woman who has been NEET will be £14,000 a year worse off than a man who has never been NEET.

How schools can help

When it comes to careers advice, young women have told us how they have been steered towards traditionally female roles, for example in childcare or hair and beauty. Instead, careers advice needs to take more account of girls’ individual interests and abilities. But such advice shouldn’t just be offered at school – many young women have told us it would be more useful later.

It’s also clear that we are asking young women – particularly those with very few qualifications, or who are not academically minded – to specialise, often in female dominated occupations, very young.

For many of these young women, the realisation that there are no jobs or very few jobs in their chosen occupation leads them to seek retraining and re-skilling opportunities later. This is where effective careers advice and guidance would really make a big impact on young women’s lives.

More programmes to raise the aspirations of girls at an earlier – the answer?

Young Women’s Trust would not be against this. However, our bigger concern is that a constant focus on younger and younger women means that young women who reach their early 20s and are still not sure what they want to do have nowhere to turn to. Having the information younger doesn’t make the decision making process easier or quicker.

There has in the last decade been huge focus on getting girls in to STEM subjects and we are not against this. However, we are concerned that the focus has been on ensuring young women make ‘different’ choices, rather than genuinely understanding the barriers that young women face, particularly those who don’t achieve strong GCSE results, in entering ‘non-traditional’ subjects.

Every political party understands that there is a problem with NEETs in England and Wales and all of them will publish strategies in their manifestos for addressing this, including tackling youth unemployment. However, the number of female NEETs has barely shifted in over a decade because of a failure by successive governments to address the problem from a gendered perspective.

We are concerned that every political party will fail in its ambitions if it does not recognise that NEET is a bigger problem for young women than young men, and the strategies needed to address the barriers that young women face in accessing work are different to those faced by young men. We are confident that, with the correct information in front of them, political leaders will be keen to take concerted action to address this issue.