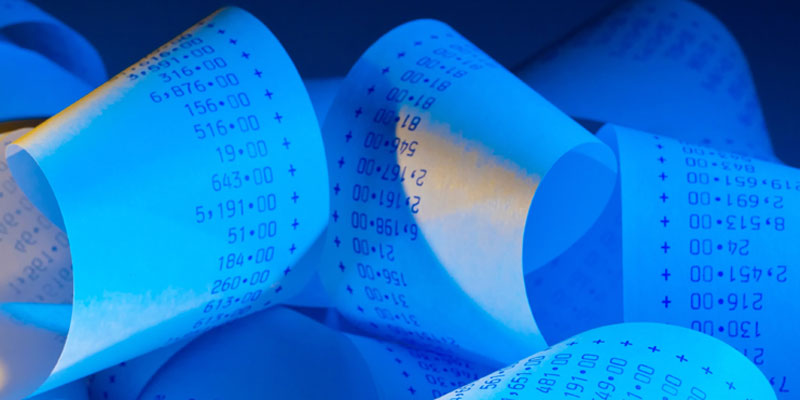 Maths is all around us

Hello and welcome to issue 54 where we’re talking about women in maths and statistics. The women in STEM / STEMM / STEAM agenda is huge and it’s something we feature on a frequent basis because you tell us that it’s important to you. We’ve focused on engineers, scientists, women in tech and medicine several times before, but it occurred to me that we haven’t really said anything much specifically about the maths part of STEM, so we had to address this.

Probably in all maths lessons since time began students have complained that mathematical theories have little relevance in their everyday lives, but in reality, maths is all around us, so even a rudimentary understanding of it will enrich and empower us all, male or female. Maths has been part of the human search for understanding for more than two thousand years.

Whilst researching for this edition I’m learning all kinds of things. Did you know that maths underlies every process and pattern that occurs in the world around us? We find it in banking and finance, it’s in geographical interpretation, it’s in engineering, it’s in data analysis in science and medicine, it’s in sports statistics, it’s in tech, it’s in construction, it’s in nature. Who’d have thought it?

To infinity and beyond…

Perhaps because of the way it was taught in school, so many of us were put off by painful experiences at an early age when we were conditioned to have a ‘be good’ mind set. This is where we’re led to believe we’re either good at things or we’re not. This is in contrast to a ‘get better’ / growth mind set where you start off at one point but then you look to consolidate your knowledge and build on your learning, so nothing is fixed and anything is possible.

This reminds me of the lovely Dr. Solveig Felton, a contributor who is a lecturer in the Centre for Nanostructured Media at Queens University, Belfast. Solveig told me about working through an ‘impossible’ maths problem in childhood:

“I remember one time I complained about being set an impossible problem in maths, probably hoping that Mum would tell me that I could skip it. Instead she suggested that it might be hard, but was unlikely to be impossible, and that my issue might be in how I was attacking it. Once I looked at the problem from a different angle, it turned out that not only wasn’t it impossible, it wasn’t even particularly difficult!”

How many of us have had the same experience, but without somebody there who had the requisite knowledge to help? The ‘fear’ of maths then transfers from generation to generation, at least until someone breaks the spell.

So diversity is not only about looking at things differently, but it’s also about persistence when things are hard. That’s where inclusion comes in. If you’re made to feel that your part of the ‘club’.

It also made me think of another one of Womanthology’s contributors, Faye Banks of National Grid who went back to college after leaving school with no formal qualifications, having been in care up until the age of 16. Faye had been discouraged at school:

“I always remember back to when I was in junior school and I was eight years old, just before I turned nine – I’d always got the top results in every test in the class – and I remember the teacher saying to me, “You can’t be that intelligent – you’re a Banks.”

And then years later, upon returning to college, things all changed for Faye:

“One of the maths tutors at college, Peter Gibson, said I had a lot of potential – he could see that I could grasp the concepts. Nobody else in my life had said I was an intelligent person, so when he believed in me it gave me a newfound confidence.”

Happily for Faye, she had the last laugh, as she went on to re-sit her GCSEs and got ten (count ‘em – ten) grade As, including maths. She secured an engineering apprenticeship and got her HNC (Higher National Certificate), and then did a Master’s Degree in Engineering and then a Masters in Technology Management, followed by an MBA [Master’s in Business Administration]. Five years ago she achieved Chartered Engineer status and in 2015 she became the youngest ever Fellow of the IET. At the moment Faye is studying for an LL.M for a Master’s Degree in Law.

Gaining her confidence in maths was one of the turning points for Faye, against all the odds after having been effectively written off by the system aged only eight years old. Serious respect to her.

So it just shows you that with maths it’s so much about the support you have around you. If others believe in you then you believe in you, and that’s when the magic happens.

So I’m not claiming to be a numerical whizz, but what this edition has taught me is that there’s a huge support network out there, and regardless of your age, it is never too late to challenge yourself to learn something new and solve ‘tough’ problems. When it comes to maths, to quote the late, great Nelson Mandela, “It always seems impossible until it’s done.” A bit like editing every edition of Womanthology too.