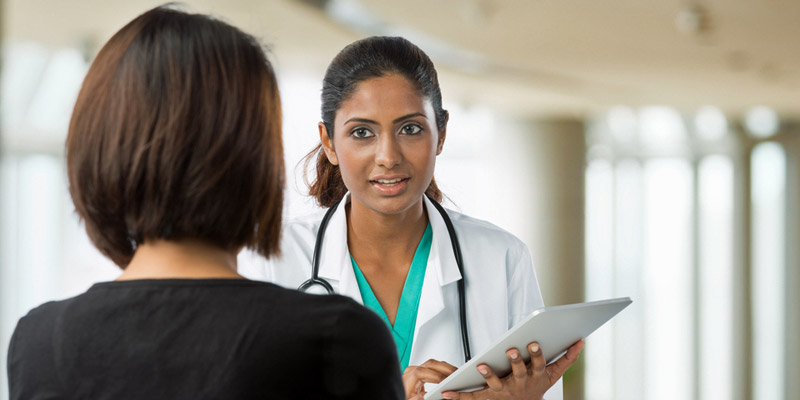 Dr. Sally Davies is President of the Medical Women’s Federation (MWF). She qualified in Medicine at Cambridge University and the London Hospital. She undertook training posts in Medicine, Paediatrics and General Practice in London, Oxford and Cardiff before spending a period working in primary care in the Middle East. On return to the UK, she undertook a career change and commenced part time training in Clinical Genetics in Wales and was subsequently appointed to a part time consultant post in the All Wales Medical Genetics Service.

“…There has been coverage in some quarters about the ‘feminisation’ of the NHS. I deplore this term. In 2017 it is predicted that there will be 50% women doctors in the NHS. The UK population is 51% women. The NHS workforce has always been predominantly female, currently 77% because of nursing and A and C roles. What is wrong with women taking some of the more senior posts?..”

Why I’m proud to be a female doctor, despite the challenges

As we approach International Women’s Day, I’m reminded of the proud history of the MWF. The Medical Women’s Federation was established in 1917 by seven women doctors and has grown over the years to be one of the largest bodies representing women doctors and women patients and their families. I became President in May 2014 and have thoroughly enjoyed the experience. I have met many people across the UK who are involved in the provision of quality care and patient safety within the NHS.

It has been a pleasure to be involved at a time of increasing awareness of the importance and contribution of women doctors in medicine. The response to the social media campaigns #ILookLikeASurgeon and #LikeALadyDoc have helped to raise the issues related gender within medicine.

Clarification of what it means to be a ‘junior doctor’

A doctor qualifies from medical school after five or six years of studying at around 24 years of age. Two mandatory years as a Foundation trainee follow during which you are assessed in six different four-month placements. You become a fully registered doctor on the GMC [General Medical Council] register at the end of Foundation year one (F1). During Foundation Year 2 (F2) you apply for your ongoing specialty training.

Sadly in 2015 only 51% of F2 trainees stayed within training – others left medicine, went abroad or did other non-training roles. Stepping into specialty training means between three and eight years of further training depending on specialty. GP training is the shortest at three years. These committed young doctors are therefore not ‘junior’ and may not be consultants until aged 34 years. If a doctor in training takes time out to have a baby, undertake research or work part time then that becomes later. I myself became a consultant at the age of 41.

How the new imposed contract for junior doctors will affect women

The new imposed contract is going to make it more difficult for women doctors to take a maternity break or train less than full time as well as penalising them as they take longer to reach salary nodal points widening the gender pay gap in medicine. There has been coverage in some quarters about the ‘feminisation’ of the NHS. I deplore this term. In 2017 it is predicted that there will be 50% women doctors in the NHS. The UK population is 51% women. The NHS workforce has always been predominantly female, currently 77% because of nursing and A and C roles. What is wrong with women taking some of the more senior posts?

It is difficult for women to progress in senior academic, managerial or leadership roles within a male dominated profession. This is due to unconscious bias as well as the lack of support and encouragement for women to put themselves forward for senior roles.

We do have a gender pay gap for women over 40 years in both academic and clinical medicine. Therefore the imposition of a junior doctor contract that will make things worse is indeed ironic.

Valuing female doctors and making them part of the solution

I would like to see equity of opportunity for all and change of traditional ways of working to accommodate flexibility of both working patterns as well as hours. Many male doctors would value increased flexibility within their training and working in the NHS.

As our centenary approaches I would like to see the enormous contributions as well as skills that women doctors bring to medicine valued i.e. being made part of the solution rather than seen as part of the problem.