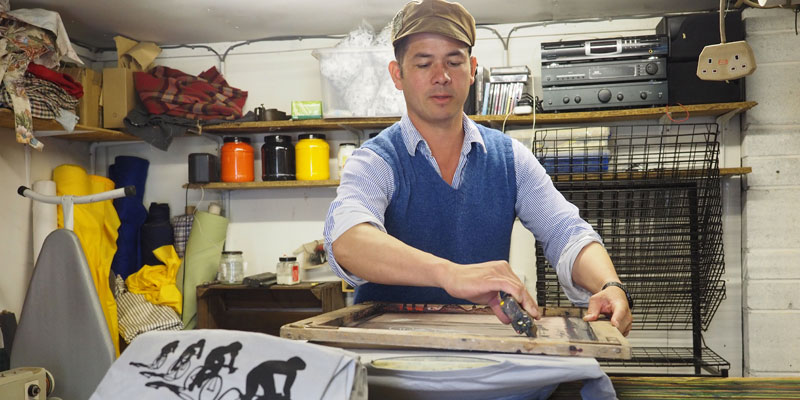 Ed Benn joined Stabo to work alongside his wife Ros Hathorn as British designer makers who sell lovingly crafted clothes, bags, accessories and personalised items. Stabo has progressed through countless products, locations and even a few countries to its current incarnation as a web based business located in Impington just north of Cambridge, but what has remained consistent is their hands-on, can-do, DIY approach. They supply through notonthehighstreet.com, the site that brings together independent small UK businesses, offering a route to market for thousands of designer-makers and small businesses.

“…I find it difficult to keep up a high quality level of work throughout a long working day so it’s nice to have a break and go and pick the kids up from school or take them to the swings, just do something that’s based around the kids…”

Ed, please can you tell us about how you came to set up Stabo alongside your wife, Ros? 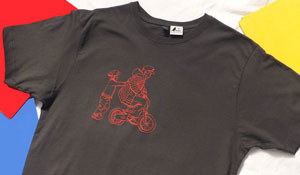 Stabo was firstly set up by Ros (my wife) in 2001 whilst temping in the East End. She used to make Halter neck tops from recycled shirts which she initially sold at Notting Hill Market. At this time I was working as a primary school teacher. After about 18 months we decided to have a go at working in New Zealand which is when I joined the business and we took a lease out on a small rickety shop in Wellington. We continued with the recycled theme but also added block printing and screen printing to our range.

On returning to the UK we decided to make Stabo our sole income. For me it seemed a lot more exciting than a regular job, plus I had nothing to lose.

You’ve already an international company – please can you tell us about your globetrotting adventures?!

I’ve mentioned New Zealand above. We also lived in Thailand where we thought about getting items manufactured.

Another place that we did try living which is not exactly a million miles away but felt like a foreign land was North Norfolk. We spent a year living in a tent followed by a tiny caravan while we ran a small workshop / retail unit.

All that time we had a perfectly comfortable house back in Cambridgeshire and we were trading every weekend in London and Cambridge. There was a lot of driving that year and getting very cold and wet but it was a great experience … character building … Norfolk wasn’t for us.

As the business is quite absorbing there isn’t enough time in a working day to discuss everything you want to. Things tend to be quite fluid in terms of childcare and working with employees so things tend to be discussed whenever the opportunity arises be that during working hours, or when you’re doing the washing up or driving somewhere or wherever.

It’s easier to have someone to bounce ideas off and it’s very difficult to keep yourself motivated without someone else who has just as much vested interest as you do in the business. If you have an off day the other person probably isn’t and they can often help you to get back into the swing of things.

Do the kids get involved too?

They come in very handy for photographic opportunities. They also love going to the workshop to chat to our employees, seemingly more than spending time with us.

What are the greatest advantages of being a dadpreneur? 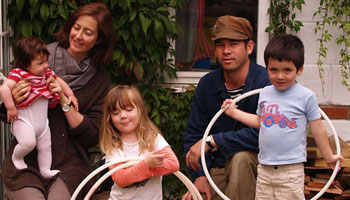 I find it difficult to keep up a high quality level of work throughout a long working day so it’s nice to have a break and go and pick the kids up from school or take them to the swings, just do something that’s based around the kids.

Also as your time is limited it really focuses the mind and encourages you to work really efficiently during those brief hours when the kids are in childcare and / or school.

How has working with notonthehighstreet.com helped you build the business?

We made the right choice moving from face to face selling in craft and designer markets to selling online. notonthehighstreet.com has helped us to expand and focus our business in a way nothing else ever has.

What advice would you give to other parents considering setting up their own business?

Start small, reinvest your profits and grow your business organically as you learn what the customer wants.

What is next for Stabo?

We’re trying to focus on weddings.

Don’t try living in a tent in North Norfolk.