You are currently reading Issue 67: Women in Medicine, November 2016
Skip to content 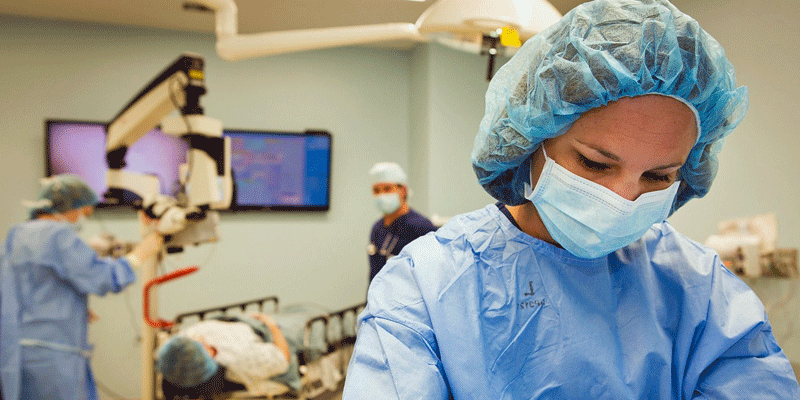 Women in Medicine and Health

Hello, and welcome to issue 67, our Women in Medicine and Health special. As regular readers will be aware, I’m constantly in awe of all our contributors as I put together Womanthology – indeed you could say that it’s part of the criteria for taking part – but this is perhaps never more so when we feature medicine and healthcare professionals.

There’s the people who develop the science and make it possible to treat illnesses, there’s the professionals who take care of us on a day to day basis, and then there’s the people who fix us up when something’s gone horribly wrong. Like a few weeks ago when I read on social media that a good friend had accidentally chopped off the tip of his finger using a mandolin to finely slice vegetables in his kitchen. “Would you like your stir-fry with or without added finger?!”

The amazing surgeons, doctors and nurses at the hospital managed to attach it again and it’s good as new. He’s now right as rain. Bless them all. Where would be without these wonderful people? (Particularly in the UK where the National Health Service, despite its many financial pressures, is kept going by the dedication and commitment of its staff.)

Now it’s not my place to get political here, so we’re focusing on the stories of the women, and some supportive male champions who are moving gender equality forward in some way. Whilst I was researching for this blog I came across some interesting stats. Research from the General Medical Council in 2012, as quoted by The Kings Fund, states that female doctors are expected to outnumber male doctors in the UK at some point between 2017 and 2022 due to the increasing proportion of women securing prestigious medical school placements and going on to qualify as doctors.

However, whilst across the rest of the STEMM world there would be much jubilation at this statistic, a small number of voices in medicine have criticised the ‘feminisation’ of the doctors’ profession, and indeed some have blamed the idea for the some of the financial challenges the NHS faces today, stating that if female doctors take time out of their careers or end up working part time, usually to raise a family or care for other relatives, then the £500k investment in their training is somehow a worse return on investment, compared to the investment in training a man.

It’s not just coming from an outdated group of men either – it would seem that there are also similarly prehistoric views out there held from some women, albeit a minority. I read a piece criticising medical schools for allocating places to seventeen year old girls who hadn’t given a second thought to their reproductive futures. SHOCK HORROR!

In subsequent sentences a young male was mentioned by the writer as being held back by young women blocking his way to a medical career by successfully securing the majority of medical school places. Did the piece mention the rigour of the medical school application processes and the effort the girls had obviously put in, or suggest the need for him to make plans for fatherhood in future years – err, no. It didn’t. Enough. Said.

Women hauling themselves up through the glass ceiling

It’s hard enough for women to make a hole in the glass ceiling, haul themselves up and through it with hands bleeding, without others, especially other women, standing above them trying to kick them back down through it.

Now fortunately, at Womanthology we like to focus on the positives and this issue is overflowing with flipside of what we describe above. There’s kick-ass women (and men) who are making change every day by challenging gender stereotypes and who are breaking down barriers by supporting others. They also talk the privilege of caring for others. I’d never thought of it in those terms before, but what could be more special and rewarding than to know you’ve been able to change somebody’s life by providing the very best standard of care. Hats off to all the nurses, midwives, physios, porters, carers, doctors, surgeons and all those who go out of their way each and every day to treat each and every patient as an individual.

I wanted to give a mention to one very special person who is sadly no longer with us. On Saturday the 23rd of July 2016, Dr. Kate Granger passed away after being diagnosed with a rare form of aggressive cancer five years previously. In 2013 Kate, supported by her husband Chris, launched a campaign to champion compassionate care, called #hellomynameis, encouraging healthcare staff to introduce themselves to patients.

Lovely to celebrate our contribution to the @YCC_Appeal £10m total this evening with @PointonChris pic.twitter.com/R7URft7flq

The campaign carries on today, helping healthcare professionals be able to understand exactly what being the patient is really like and how their behaviours, no matter how small, can impact massively on the people they look after. The campaign resonated with the British public as well, which took Kate to its heart. More than £250k has been raised for the Yorkshire Cancer Centre where Kate received treatment too.

I was honoured that Chris was prepared to share their story and reflect on the time they spent together. Please support the campaign moving forward. In Kate’s 34 years she epitomised everything Womanthology is about – women who care passionately about things enough to change them for the better, no matter how hard this may be.

This issue of Womanthology is dedicated to her memory, which lives on through the campaign. #hellomynameis 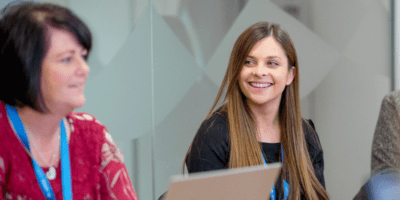 Technology is the language of the future of healthcare, and it’s gender neutral – Bettina Fitt, Secondary Care Director of Strategy and Commercial Director at EMIS Health 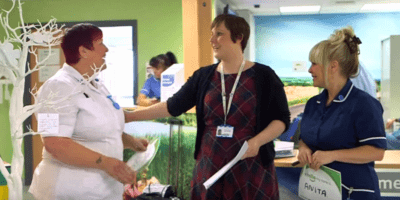 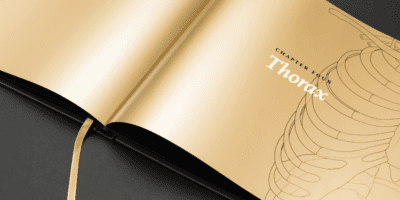 Body beautiful: Why anatomical illustration and medical imaging are breaking out of the medical world – Emily Evans, Medical Illustrator, Anatomist and Author