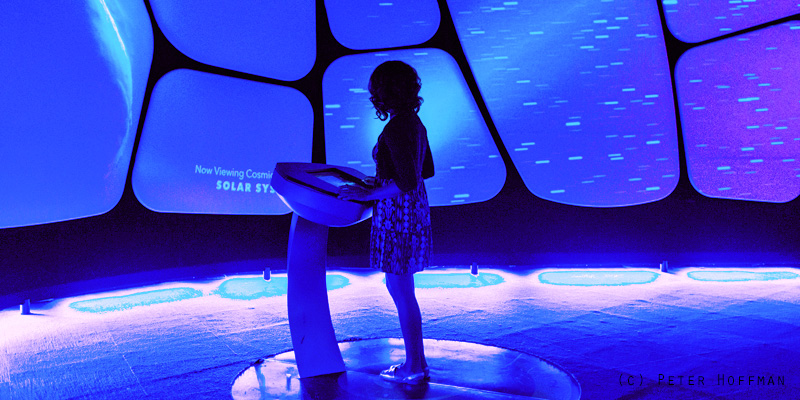 Dr. Lucianne Walkowicz is an astronomer at the Adler Planetarium in Chicago who studies stellar magnetic activity and how stars influence a planet’s suitability as a host for human life. She uses data from NASA’s Kepler Telescope mission, which scans 150,000 stars every 30 minutes. Lucianne is a TED Senior Fellow and outside of her career in science she is a guitarist in a punk band called Ditch Club.

“…Study what you are interested in, and don’t let anyone discourage you from pursuing your interests! If that happens to be science and maths, then you are in for a treat: It is a great privilege to be able to understand how the universe works…”

Combining my love of chemistry and physics through astronomy

I became interested in astronomy at the very end of high school. I really loved chemistry and physics, and I was looking for ways to combine them. I was lucky to be in a summer research programme around then, and the woman who organised the programme suggested I might like astronomy – and she was right!

I went on to major in physics in college (at Johns Hopkins University), where I got to work on the Hubble Space Telescope’s Advanced Camera for Surveys (which was being built at the time). At the end of college, I even went to Florida to see the space shuttle launch that took our camera to space!

After college, I went on to University of Washington for my Masters and Ph.D., where I studied little red stars, and how they influence the habitability of planets that orbit them. After getting my Ph.D., I went on to a postdoctoral research position at UC Berkeley, where I joined the NASA Kepler Mission science team. I continued that work as a postdoctoral researcher at Princeton, and then joined the Adler Planetarium in 2014.

My role as an astronomer

My time is split half and half between research and outreach, so my day to day varies a lot! Sometimes I work with my student on our current research project, using machine learning to systematically find unusual sources in the Kepler data archive. A fair amount of my research time also involves communication – either writing talks or papers, or communicating with my colleagues at other institutions.

The outreach side of my work also varies a lot – sometimes I’m up in the public area of the Adler, speaking with visitors and answering their questions about science, and other times I work to help organised our special events (such as our upcoming Earthfest celebration on 22nd April).

Broadly, I study stellar variability, meaning how stars change in brightness over time. In the stars I study, most brightness changes come from magnetic fields in the star, which create dark and bright patches on the star’s surface. These magnetic fields also create events called flares, which send energetic radiation out into space. I study how that radiation affects conditions on any planets that might be nearby.

More recently, I have been interested in using advanced computer algorithms to search for stars whose brightness changes in unusual or unexpected ways, as a means to finding new or rare astrophysical phenomena in our data.

I first got a TED Fellowship in 2011, after a friend from high school (biomedical engineer, Nina Tandon) told me about it and encouraged me to apply. The TED fellowship brings early career researchers to TED for free, where we give short talks and get to spend the week being at TED.

In 2013, I applied for the TED Senior Fellowship, which is open to those who have had a TED Fellowship in the past. As a TED Senior Fellow, one attends four TED conferences over two years. Being a TED Fellow has certainly opened up opportunities for me to communicate about science, but also, just meeting and interacting with the other TED Fellows has been hugely influential on me and how I think about the world. I feel very lucky to be part of such a vibrant community.

The importance of communication in science

The better you are at communication, the more easily your ideas and discoveries can flow, either to other researchers, or to people outside of science. Good communication helps stimulate further discoveries, and it helps build support for science in our society as a whole.

Events at the Adler

We do a very wide variety of events at the Adler, and it is always our goal to make them accessible and enjoyable to everyone, regardless of their individual background. For example, for several years we’ve done a programme called Girls Do Hack, where girls in their early teens come to the Adler and are paired with female science mentors to do science workshops run by female scientists.

We also honour someone annually with our Women In Space Science award. In general though, we find that making our events accessible to all means that the audience tends to be fairly gender balanced.

For the love of maths and physics…

Study what you are interested in, and don’t let anyone discourage you from pursuing your interests! If that happens to be science and maths, then you are in for a treat: It is a great privilege to be able to understand how the universe works. 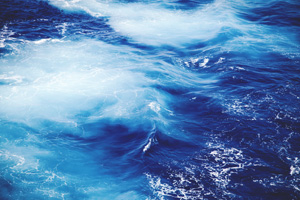 In many ways, understanding physics is like always having an extra layer of information projected like a hologram on the world around you – if you watch waves in a lake or ocean, or leaves drifting on the wind, you will not only see a pretty landscape, you will see the detailed underpinnings of why. It’s pretty cool.

I’ll be continuing with a lot of my existing work now, with a special focus on an education programme I started last year that teaches advanced computing skills to astronomy graduate students. We have about 30 students in our programme now, from all over the world, and it is very fun and fulfilling to work with them. I’m also working on a project to study the ethics of exploring or living on Mars, so stay tuned for that! 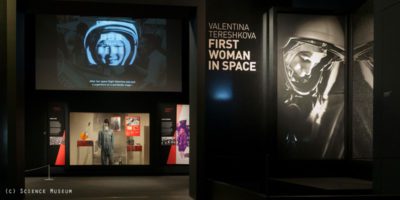 Celebrating the 80th anniversary of Valentina Tereshkova, the first woman in space – Alexandra Smirnova, Curator at the Science Museum in London 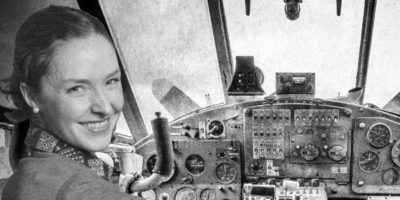 They Promised Her the Moon: Amanda Quaid talks about her role playing US space pioneer, Jerrie Cobb, in a new production 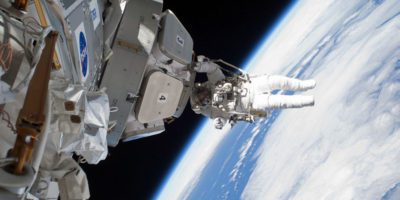