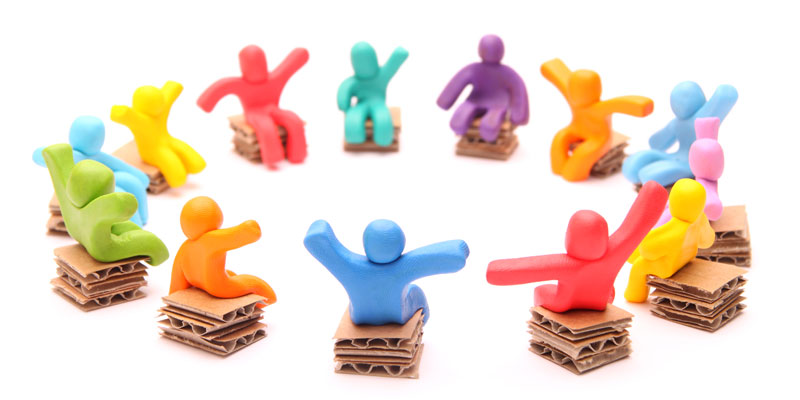 With a little help from my (new) friends…

Welcome to issue five. I’m feeling like an old hand at this now – reaching out to potential contributors, whether this is electronically or on the phone and then starting a conversation about improving the professional world for women and also hopefully men into the bargain too.

This has become a bit of an adventure in itself and brought me into contact with a whole new circle of dynamic and fascinating people.

It reminds me of a Bill Nighy quote:

“Everyone you will ever meet knows something you don’t.”

What better way to enrich your life than to reach out to an ever-expanding circle of people who will gladly share their wisdom with you?

James Bond has a license to kill. Womanthology feels like a license to reach out and meet incredibly talented and inventive new people. Attend new gatherings. Investigate things that inspire me. (Not quite as catchy, I know, but infinitely more rewarding.)

There is an increasing backlash about the growing popularity of social media creating a whole new generation who are impacted negatively: Toddlers who can master an iPad and start racking up their unsuspecting parents’ credit card bills; Awkward teens who can’t converse face to face and live their lives through their status updates; People who have hundreds of social media ‘friends’ but no true friends in the real sense of the word; and then there’s the dreaded trolls.

I’ve endured a few ‘unfollows’ along the way (their loss, not mine, as my Twitter stalwarts reassure me), but on the whole interest is growing and I’m making new connections I could never have imagined developing any other way.

This weekend I arranged to take a journey into the unknown; well OK, not the total unknown, London to be precise, where I was privileged enough to meet up with several of my fantastic Womanthology contributors / champions to discuss ways of collaborating moving forward.

Undeterred by the Tube Strike earlier in the week, Harriot was up with the larks each day to #spreadasmile amongst City commuters with her new brand of yummy. I opted for the vanilla and then the toasted coconut. Having featured Harriot’s tenacious, common sense approach to entrepreneurship in Womanthology a few weeks ago, I wasn’t about to let the opportunity to sample pass me by and I wasn’t disappointed.

Then it was on to Covent Garden for a tweet up with fellow bloggers / tweeters – Foong a.k.a @suitandpie2013 and Sitara a.k.a @sitarawarren. These are people I hadn’t met until a few weeks ago, but I felt like I’d known them forever. I also had the privilege of meeting the lovely Victoria a.k.a @lbb_uk. So Twitter isn’t all bad.

One of the things people tend to observe about me when I’m in full ‘flow’ is how enthusiastic I am. I point out that I have two modes of operation – ‘enthusiastic’ and ‘what’s the point?’ Enthusiastic is by far the better of the two. Believe me.

As the Womanthology roller coaster gathers pace, part of the real delight is in the journey and sharing it with the people who have bought into the vision of what we’re trying to achieve and are along for the ride. It’s about making things better through sharing positivity. And I’m delighted to say that positivity is infectious indeed.

I find the most vibrant contributors (that’s individuals and those representing organisations) can be a challenge to track down sometimes, but where’s the fun in conversing with people who aren’t constantly on-the-go, living their lives in the best way that they can to the best of their abilities?

You want to speak to me?

And the best part about it is that many of our contributors aren’t always known to the public at large, but rather they’re achieving incredible things and advancing the gender equality debate as they quietly go about their daily business. Very often they will say, ‘You want to speak to me?’ Why, er, yes!

The ever growing number of people who have gone out of their way to provide information, insight and advice never fails to thrill and amaze me. It’s the best feeling in the world to be creating a resource that’s about sharing best practice and amazing ideas. Who doesn’t need a few amazing ideas? And no-one has the monopoly on these. People who think they do are deluding themselves.

If you’re going to build your dream, why not dream big? If there is something you wish existed, why not go out there and make it happen? I might fall on my face, but I’ll have a whole lot more to reflect back on at the end of my life. There are many things in life that are too much effort for me, but making my dreams happen isn’t among them any more. There’s a whole world of positive possibility and promise. And it’s catching.