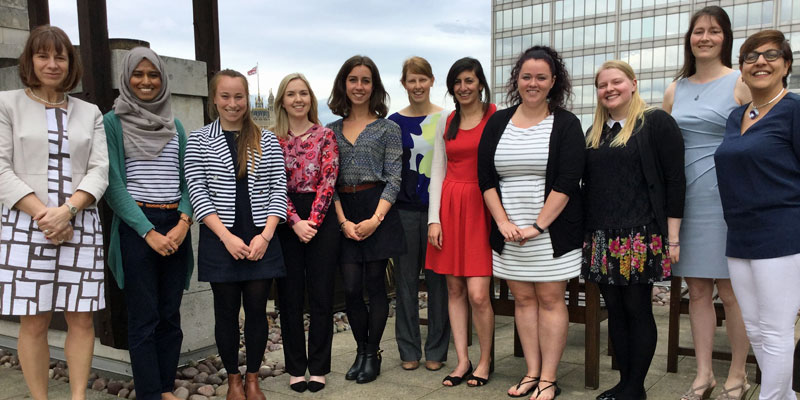 Benita Mehra is President of the Women’s Engineering Society and she has operated in the aviation, housing and health sectors, with roles including design and construction of major airport terminal buildings, which lead to her taking on responsibility for the runaways at Heathrow airport and their fleet of fire tenders. Benita attained her chartership at the IET [Institution of Engineering and Technology], and then decided to attain an M.B.A., before moving sectors into social housing and then into health, where she is responsible for the property portfolio and strategy at Surrey and Borders Partnership NHS Foundation Trust.

“…As a female of Asian descent in a male dominated environment, I have had to be resilient. It hasn’t been plain sailing and hindsight is a wonderful thing, as I would do things differently now I have experience…”

Engineering – working with amazing people and being part of fascinating projects 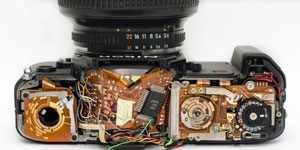 I knew that medicine wasn’t for me and, being curious, I wanted to be involved in making things. I am not sure exactly how my decision to become an engineer came about. It was probably to do with my father, because he was a strong influencer in my life. As I didn’t know what to do, my school had suggested being a PA. Whilst there is nothing wrong with that as a career choice, I am so glad it didn’t take up their advice. As an engineer, I have the privilege of working with amazing people and being part of countless fascinating projects. This is without a doubt the best decision I ever made and I wouldn’t change it for the world.

Becoming President of WES in order to give back

I remember the WISE [Women into Science and Engineering] bus in the 80s and wanting to be an engineer, so I joined WES when I was a student, but my interest waned and my membership lapsed. Fast forward to a few years ago, and I found myself drawn back into WES and standing for President. I realised that a combination of my career choices and also some luck had allowed me to attain a privileged position of career success, so I felt I wanted to give back.

I stood for the President’s role, was fortunate enough to be elected, and in my first year we were able to recruit and pay for our first interim CEO. Since then we have been growing at a pace, but the hard part is ensuring our volunteers / members are able to get involved appropriately. I still feel that we have a long way to go as the numbers of influential female voices in STEM subjects is still very low, but I’m determined to increase this.

My female role models in engineering

One of my favourite role models in engineering is Angela Merkel, Chancellor of Germany – a chemist who has risen through ranks in Germany and who has been a key influencer with a conscience in European politics, and globally. She is also one of the most powerful women in the world who has worked her way up to the position she holds today.

Melinda Gates is another role model of mine – a computer scientist who has made incredible inroads with the Gates Foundation, which is such a great cause.

The numbers don’t lie, and I would say we are not hitting the 30% mark where women are able to influence and make a difference. Employers make up one part of the jigsaw – if the skills shortage is not crippling their competitive edge then organisations don’t feel they need to do anything.

Some sectors are realising that they need to move into the education arena and develop talent early. Some companies are encouraging staff to change professions later in life by developing then from marketers into software engineers, for example. There does need to be further cross fertilisation of skills between sectors to encourage creativity. It is difficult for men and women to change sectors as it can be a closed shop, especially in the health sector.

Countries with the best rates of success in recruiting women 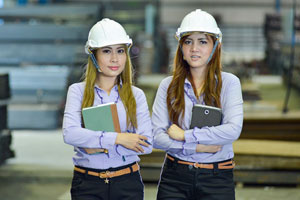 Engineering careers are more highly regarded as a financial game changer in India, as they are in Iran, so this then draws women to compete. Engineering is still a privileged profession abroad and there is a lot to learn from countries such as South Korea, the Czech Republic and Bulgaria as we look to other places for ideas.

In the UK, it is now about getting employers (and especially SMEs) looking further afield for employees, towards a mix of further education establishments, whilst consciously seeking people who can disrupt the norm in a constructive way.

I do feel that flexible and job sharing models are something that needs to be developed as there are lots of people, both male and female, who are in their forties and have the skill and capability to work in the sector. We need our organisations to think about how we can use them, as they are an untapped talent pool that could get involved.

Additional challenges of being a BAME woman in engineering

Let’s look at why people chose the professions that they do: Often it’s who they meet or what they see in the media. There are challenges and women (and some men too) often find there are barriers, so they need to be supported and developed with a clear structure and honest feedback.

As a female of Asian descent in a male dominated environment, I have had to be resilient. It hasn’t been plain sailing and hindsight is a wonderful thing, as I would do things differently now I have experience. This is where we need to find people where we are happy to discuss issues privately and find ways of succeeding. People of colour, the disadvantaged, those who have different abilities, or those who have disabilities do need to be tenacious, as the world of work can be hostile and people are not always supportive of differences.

We’re committed to supporting all our members to succeed, no matter who they are. Talent doesn’t discriminate and neither should we.

We are recruiting for our CEO and head of engagement, and we have also started to develop our plans for 2019, which will be our centenary year. There are not many organisations who can boast such a feat and we are keen to use 2018 – the Year of the Engineer – to catapult 2019 into the Year of the Female Engineer and get everyone to understand the diversity and richness of engineering in the many sectors it operates within.

I am especially keen on working with SMEs to be creative in looking at job sharing with others in their sector or elsewhere. By job sharing, the risk is lessened and ensures continuity if an employee leaves or takes carer leave. I also want to keep playing an active role with WES and see how we can hit 30% of women engineers by 2030. I’m determined to make this happen.