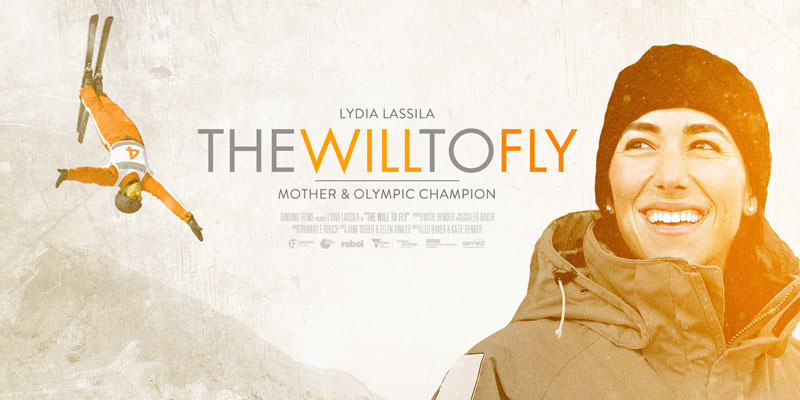 Lydia Lassila is an Australian gymnast-turned aerial skier. After winning the Gold medal at the Vancouver Olympics in 2010, then becoming a mother, Lydia returned to the sport to become the first woman to perform the most complex acrobatic manoeuvre that only men had completed before. Today Lydia is an entrepreneur who runs her own company, BodyICE.

In Australian cinemas on the 10th of March to coincide with International Women’s Day, The Will To Fly is a documentary film about the life and tumultuous sport career of Lydia Lassila through the times of world dominance by the Australian aerial ski team. The film documents her journey to reach personal fulfilment by achieving her true potential, on the world stage at the Sochi Olympics in 2014.

From a young age, I was certain of what I wanted. It was simple and clear. I wanted to win an Olympic Gold Medal. I quickly learned that the path to achieving that was far from simple nor clear. I’m a natural born acrobat and have loved flipping and spinning my body for as long as I can remember.

My early interest for acrobatics, soon turned into a love for gymnastics. The thought of being an Olympian and a champion gymnast consumed me. But, with opportunities missed, it was not meant to be and injury forced me into retirement at the age of 16 leaving a hollow void that needed filling. That’s when destiny opened up before me, and a new challenge was presented – one that would change my life forever.

From ex-gymnast to aerial skier

Australia was embarking on a unique program of transforming ex-gymnasts into aerial skiers and I was selected and offered a chance for a new beginning. I had a second chance to make my childhood dream of being an Olympic Champion, a reality. In less than two years, I was competing in my rookie year at the finals of the 2002 Salt Lake City Olympics, where I finished 8th place. 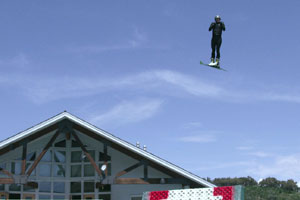 The following year I was already ranked #2 in the world, which I backed up for another three years with multiple World Cup wins and podium finishes. My rise to the top ranks of the sport was the most rapid in the sports history and I pushed myself hard through extreme limits and through pain and debilitating injuries.

Breaking new ground in aerial skiing and jumping like a man

I was determined to be #1, I wanted to push boundaries and break new ground in women’s aerial skiing and I wanted to jump like a man. In many ways, my will was stronger than my skill in the early days and I lacked patience and smart planning and often set myself up for injury, setbacks and disappointment. I believed that my hard work would 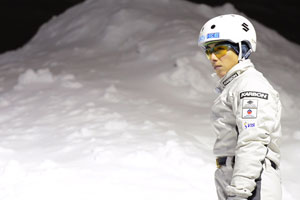 eventually pay off and it wasn’t until later in my career, after a devastating injury at the Torino Olympics in 2006, that I realised I didn’t need to work harder, I needed to work smarter.

After numerous operations on my knee I made a full recovery and returned to aerial skiing in the 2007-2008 season regaining my world ranking of #2. In the 2008-2009 season, I finally achieved the ranking of world #1. With meticulous planning and strategising, leaving no stone unturned, I entered the 2010 season with only one goal – to win the Olympics. My preparation was perfect and my mind; bulletproof. I was ready.

The 2010 Olympics was an experience I will never forget. The Olympic final was the highest scoring Olympic final in the history of women’s aerial skiing. I nailed my two jumps; the most difficult jumps in the competition. I saw my name ranked at the top of the leaderboard. I sat there in shock, realising of course that I had won, but just absorbed the wave of satisfaction that spread through my body knowing I had finally achieved what I had wanted for so long … Olympic Gold.

Not afraid of a challenge, I decided to defend my title at the Sochi 2014 Winter Olympics, this time as a mum. I was 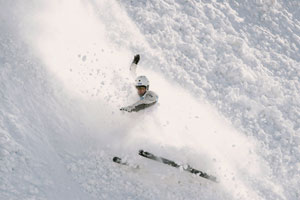 determined to reach new heights, break boundaries and perform a new trick that no woman had ever done before: the quad twisting, triple somersault. With this motivation, I returned to the World Cup circuit in 2012, but unfortunately not without setback, suffering a debilitating back injury that shook my confidence yet again. Undeterred and prepared to see the challenge through, I fought my way back to health and continued my journey towards Sochi.

Jumping my way through to the medal round at the 2014 Sochi Olympics, I put everything on the line and performed the quad-twisting- triple somersault. It was perfection in the air, but failing to land the jump cleanly secured me an Olympic bronze medal. That final jump has replayed over and over in my mind. It will for a long time. I risked all for the ultimate glory and although the medal was not gold, I was happy with my performance. I achieved what I set out to do when I first started the sport.

I broke new ground and became the first woman to perform the quad twisting triple, a trick only men have mastered. It

will be cemented into the history books as a gutsy, bold and progressive moment in aerial skiing history. I pushed the boundaries of myself leaving me with no regrets. This I will always be proud of.

Whether I continue for another Olympics has not been decided. There are still things I want to achieve and I love being an athlete. Time will tell and I trust my instincts will let me know the right path to take. Beyond life as an athlete, I love skiing (for fun), surfing, yoga, running, travelling, reading, cooking and entertaining with friends and family. I am an entrepreneur and run my own company – BodyICE. I am a mother and seeker of new ways to challenge myself.

I saw this film as attractive for a number of reasons. Aerial skiing isn’t a sport that gets a lot of exposure, however, it’s 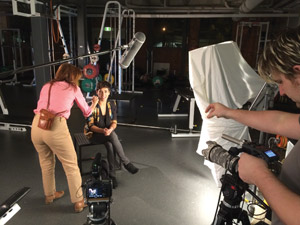 one of the first to sell out at an Olympics so I wanted to share how amazing our sport is and what is actually involved. I hope this film inspires people of all ages and genders to find a passion in life and live that passion.

I also thought it would be great to document myself returning to elite sport as a mother, and showing other female athletes that a successful return is possible. Now that the film is complete, I can see how The Will To Fly can relate back to women in general and the fact that women can still strive for personal goals whilst being a mother. Lastly, I thought if anything, I’d end up with a great home movie to show my grandchildren when I’m old!